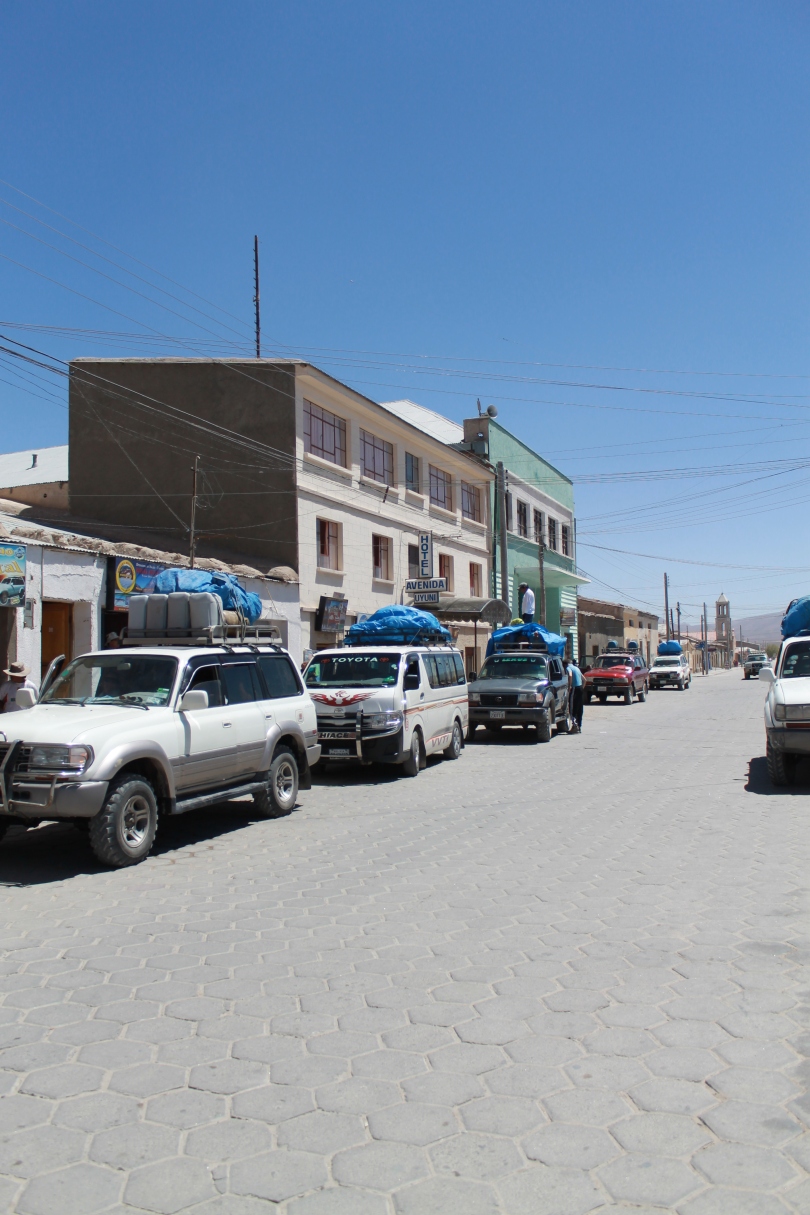 I forgot the peanut butter.

In my defense, it’s not the kind of thing I’m trained to think of at 4:45 a.m., when none of the three cab companies I’ve called is picking up, and we need to get to the airport. Peanut butter is a camping staple; I’m not a camper. I’m more of an ‘I’m kinda outdoorsy but not actually skilled and currently overpacked for my round the world trip,’ kind of chick, and peanut butter is an addendum for which I’m not prepared. I will live to regret this.

Uyuni is forgettable for reasons previously mentioned. I will add only that, in our effort to find snacks to bring with us on the tour, we can find only two options. First is the local market, of which generally I’m a huge fan, mostly for photographic reasons. This one, however, has vegetables literally piled from floor to waist, most of which are potatoes and some of which I can’t identify. 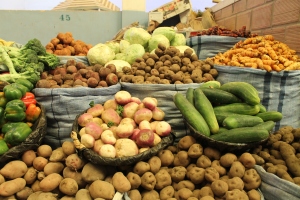 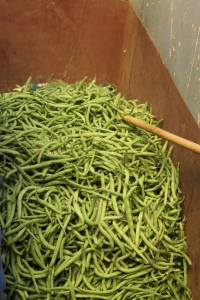 It also has very little fruit, very smelly meat counters, and cute but mangy dogs wandering through. In other words, I don’t trust this place. And Nurse Wratchet at Travel Companion’s Travel Clinic of Fear has definitely put the kibosh on – well, everything – which precludes us from consuming anything purchased in these smelly hallowed halls.

The second option is what advertises itself as a supermarket, but which is open only one of the four times we go by. It has a section called, “moldy bread.” It’s ten degrees hotter than the rest of town despite being indoors in a modern building, and is smaller than my last urban apartment. There are four types of dulce de leche in jars but no peanut butter and no loaves of non-moldy bread. When I ask two women who seem to be shopping, but who, it turns out, work there and are reorganizing shelves by putting their contents in a shopping basket and moving them around, they look flummoxed and then tell me that not only do they not have peanut butter, but there isn’t anywhere to get it in town.

We quickly pull together a number of sugar-based snacks (those of you who know me will think this would be my idea of heaven, but I’ve been eating so little sugar since I left home that half a Snickers made me high for three hours) and add six two-liter bottles of water (one each per day of tour), and get the hell out of there.

The next morning, we take a cab five blocks (Snickers bars and liters of water are heavy when added to my giant pack, Traveling Companion’s not large but very stuffed suitcase, two day packs, and the weight of our anxiety) to our guide company. It’s closed. A man comes and opens the door when he sees us standing there and then tells me to wait a minute and wanders off. A few minutes later, a woman arrives and tells me, in rapid-fire Spanish, that we are going across the street to her cousin’s tour company. “Es lo mismo – exactamente lo mismo,” she assures me.

It’s common for tour groups to be combined so that there are six people per jeep, but the bait and switch isn’t sitting well with either of us. The whole street is lined with people loading up into cars; I’d call it a military operation except for the lack of order and the abundance of unkempt hair. 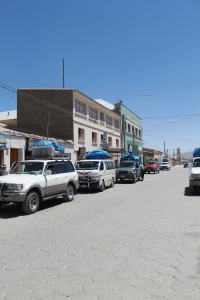 We really have no choice but to roll with it, and so we do. After about forty minutes of futzing around, we are loaded into a jeep with three Brazilians, an Irish woman, and a driver whose name is Reynaldo Garcia. When I ask him whether he prefers to be called, “Reynaldo,” or, “Senor Garcia,” I barely get the second option out before he responds, “Garcia, Garcia.” And then he says very little else for the next three days.

For the most part, we luck out. Although I have told Travel Companion four times that if the Brazilian make-out masters from across the aisle on the plane from La Paz end up on our tour, I’m pushing them out of the car in the desert, and despite the fact that two of our three Brazilians are a very affectionate couple, they are sweet both to each other and to us, and they do their making out quietly in the back seat. The Irish woman has been volunteering in Colombia for six months and is traveling down around South America on the cheap before heading home, and the other Brazilian is a quiet young tax attorney who checks for phone or wifi signal every time we stop, and otherwise keeps mostly to himself. We are blissfully free of alcoholics and chain smokers, and it seems all six of us are quite pleased to discover this. Murder in the Salar is looking less and less likely as we hop into the jeep and head out.

One thought on “How to Have an Adventure, Part II”