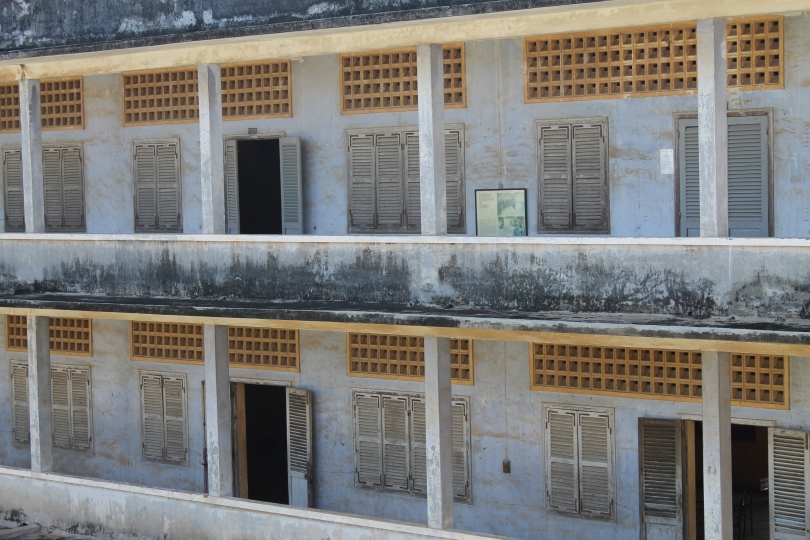 I like to believe I would stand up to injustice if I saw it perpetrated in front of me.  In the abstract, as a notion of future behavior, I’m sure of it. But when that abstraction becomes a reality, what will happen? If standing up means risking my safety, potentially my life, what will I do?  How great will the stakes have to be before I commit, and potentially make no difference?

History is nothing more than a series of human events, and it faces the same challenge: as a future abstraction, it seems so clear, but things change when present tense pulls them into focus. As they move into the past, and we are forced to interpret our behavior,  we seem as confused about what our actions mean as we were when we made them. So much for hindsight being 20/20. 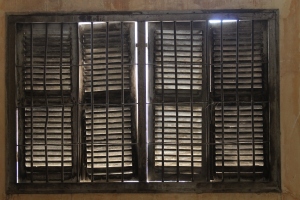 The world is full of atrocities. Some of them – like Nazi Germany, or the genocide of Native Americans – are our past, and others – Rwanda, Sudan, Syria – remain our present. Despite the argument that we learn from history, we have a bad case of déjà vu with genocide.  As communities, as society, we take years to recover from the crushing blows of our own ugly humanity, and some would argue we never do.

In the 1970s, Cambodia suffered one of the most appalling genocides in recent history, and following it, things sprang back to life amazingly quickly. Depending on what propaganda you read, the Vietnamese either liberated or occupied Kampuchea from the Khmer regime, in January 1979. During the ten years between ‘liberation’ and the withdrawal in 1989, the UN and most of its developed member countries were still so uncomfortable with Vietnam politically (following the expulsion of the French and the Vietnam War) that they continued to recognize Pol Pot as the Cambodian leader for over a decade – this, despite the fact that in less than four years, he had masterminded the execution of three million people – almost 40 percent of the Cambodian population at the time.

Cambodians themselves wasted no time moving forward. Immediately following liberation, people flocked back to the cities from which they had been driven. They took back their streets and buildings from the vines and bushes that had quickly grown over normal life in its absence. Fewer than ten years after Pol Pot had been officially removed from power, Tuol Sleng (or S-21), the Phnom Penh school that had been converted to a detention and torture center, was being preserved as a memorial. Turning Choeung Ek – better known as the Killing Fields – into an educational memorial took only slightly longer. This despite the fact that when it rains, the ghosts of the dead still rise from beneath its earth in the form of teeth, bones, and fragments of cloth that must be collected and placed with their proper group of relics. It’s as if history takes advantage of the rain to remind you it can’t be buried.

What I found remarkable in Phnom Penh was the honesty with which the Cambodian people stare this ugly truth in the face. Pol Pot was arrested in 1997, and he died a year later. Long before then, survivors and killers alike had given testimony about creative methods to save bullets in the killing fields. The farm implements that professors, doctors, and artists had been forced to use in the fields were used to bludgeon them to death when night fell. The fronds of palm trees that occasionally provided shady respite were torn from their trunks and their spiked stems became the perfect blade for slitting a throat. DDT powder that helped cover the stench of the not-yet-decayed had the added benefit of killing anyone buried alive. Survivors testified about the loudspeakers hung from a tree in the yard that blared above the grind of a generator at night to hide the screams of the morning’s victims.  Killers confessed to acts far worse than those to which the imprisoned were forced to give in the false testimony that led to their deaths.

We owe it to the dead to visit these places. We owe it to ourselves, and to those who come after us, to bear witness to this history we share, close up or far away. The pit that opens at the base of your spine when you see the hairbands and wristbands hung on the trunk of the tree against which infants were swung by their feet in order to bash in their skulls, so that their final cries would be the last sound mothers take to their own bloody graves – that pit that opens inside you and threatens to take you down into a place of darkness while you stand in bright sunlight, among strangers, and attempt to absorb a soon-forgotten truth – that pit is a small price to pay to be among the living. It is a small down payment against repeating history. And it is a great investment in understanding the people who later today will sell you a coffee, or a dress, or bring your dinner, or guide your tour.

Because life goes on. Cities are built, and modernized. Farms are cultivated and harvested. Fish are pulled from the lakes and rivers.  As you walk around the pond at Choeung Ek – the one which is known to still hold bodies of the dead – you look out across a rice paddy. To the tourist, the view is serene. Children come to the fence and whine, “hello… mo-ney,” holding out a palm. The tone is so grating it is beyond practiced, and you are tempted to lean down and give them a bit of marketing advice: dial it back a bit. Raise my pity and maybe I will pay. 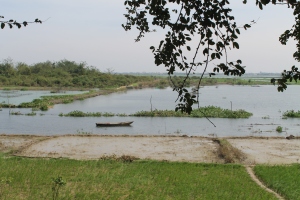 You can’t help but wonder what they’ve found while playing in their own fields. But they still play, because that is what children do. The tuk-tuk driver who brought you here still has a story to tell – his parents if not his own. It is happening all around us, this history, and while we’re watching this one unfold, it’s happening simultaneously somewhere else. While we watch, eyes wide open, and wonder if we should risk speaking up.

For more pictures of my time in Phnom Penh, click here.

2 thoughts on “Just a Little Bit of History Repeating”